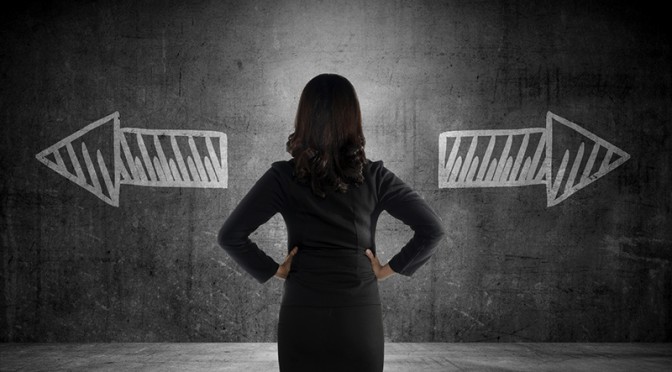 Pivoting happens whenever a startup misses the market and goes back to the drawing board to construct a new strategy. A pivot is a radical change in direction forced on a company about to capsize. Intel pivoted when it switched to making the X86 processor chip instead of RAM for IBM machines. Apple pivoted when Steve Jobs returned to the company after years of exile. Microsoft pivoted when it turned to cloud computing. Eastman Kodak missed its chance to pivot and hasn’t been heard of since.

The ability to pivot is a sign of agility in fast-paced hi-tech industries. It is particularly important for hi-tech companies to be able to pivot because technology quickly changes, leaving the slower competitors behind. Is Google and Apple about to pivot? Do they need to?

Companies go through stages just like people. They often start in a mythical “garage” and then track the classical Bass equation as they take off—eventually reaching a plateau and then transitioning to an “old-tech” company. Old-tech companies like IBM, HP, and Oracle face an especially tough outlook because growth slows, and often declines, as innovative youngsters eat away at their market share. The most common strategy of old-tech is to go into enterprise computing where services replace products as they attempt to lock in customers to their enterprise solutions. This is the stage where companies like HP, Oracle, and IBM begin to decline and fail. Unless of course, they pivot.

The curse of maturity haunts all hi-tech companies, and the bigger they are, the more they are threatened by it. Google’s response to the maturity plateau is to divisionalize itself. Thus, Google created a holding company appropriately called ALPHABET— as in alphabet soup. This is perhaps an appropriate name for the new Google conglomerate because Google has it’s hands in seemingly unrelated businesses such as Android OS, driverless cars, robotics, Internet service providers in the air, and oddities such as Sidewalk.com. Apparently, Google leadership isn’t sure how to pivot, but realize they may need to pivot some time in the future. But how? Google’s future as a leader of Silicon Valley is in jeopardy unless it finds new markets. My guess is one or more of the letters of the alphabet soup will turn up a winner. Perhaps the first commercially successful domestic robot will have Google’s logo on it, or Google might supplant established incumbents in the Internet space by disrupting wired services with a 100 percent wireless Internet.

Google is doing what many old-tech companies do when their core business runs out of headroom. They dabble in everything. Instead of a corporate strategy, they turn to “lets try different avenues, and maybe a path to the future will emerge.” This is not a pivot, because it does not impact the core of the company—its culture. And corporate culture determines what a company can do. Corporate culture is the cornerstone of innovation and creativity—or the lack of it. A true pivot can only occur when company leaders re-examine their assumptions and question their previous decisions—an undesirable task in many process-oriented companies.

Google might, for example, decide their driverless cars are a technology for disrupting the ride-sharing economy dominated by Uber and Lift. But, that strategy requires a radical change from moving away from an advertising culture to a product and services culture. Google has not shown itself to be a product or services company, at least not yet. Instead, it is an advertiser that understands eyeballs and A/B testing, but not the look-and-feel for passionate hardware design.

Apple Inc. is a more complicated story, and reminds me of the George Harrison line, “I don’t know how you were inverted, no one alerted you.” Apple employees probably don’t know how the company became the largest market cap company in history, worth nearly three-quarters of a trillion dollars. It seems to have just happened. After all, no one could have predicted the enormous success of the iPhone—not even Steve Jobs.

Now the company faces an even bigger challenge: What to do to either sustain iPhone sales or switch products? In contrast to Google, Apple is a single-product company for all practical purposes. When the cell phone business saturates and margins begin to decline, company leaders will face an inflection point of what to do next. And the next thing has to be at least as big as the iPhone or the company will slip into old-tech territory and fade away.

My guess is Apple will be inverted a second time. Cell phones replaced computers; automobiles, robots, or some other high-margin product will replace cell phones if Apple pivots. But Apple is such an enormous company, their pivot will have to be much more profound than anything else it could possibly do. Automobiles are low-margin products, but the electronics that goes into cars is high-margin. So it is unlikely that Apple will build an entire car.

On the other hand, Apple’s culture appears to be more suited to pivoting. First, it has done it before, and second, its “change the world” culture places impact ahead of profits. It is less hide- bound. And don’t forget its nearly $200 billion bankroll in off-shore accounts.

What do you think these two enormously successful companies might do to pivot? Or, perhaps you think pivoting is nonsense. Either way let me know what you think.