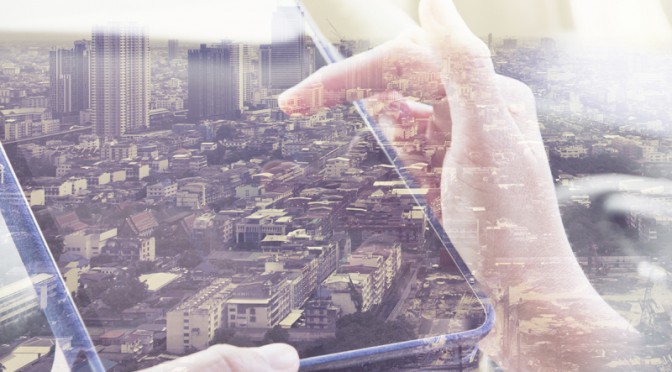 Information and communication technology (ICT) is the most distinctive cultural accomplishment of the last half century. It is unprecedented in sophistication and transformative power. Presumably there’s no limit to sophistication. Moore’s law will reach a silicon limit, but it is likely other physical substrates and structures will take over and extend computational limits. But what about the cultural transformations? Is there an end in sight?

Here’s an informal way of making the question more intelligible. Think of traditional culture as a landscape, ICT is the fog that envelops and changes the land. First it covers and affects the meadows in the valleys, then the bushes, then the trees. It rises higher and covers and conceals the slopes, then the ridges. It moves up the peaks and finally hides the highest summit. Can the fog rise higher still? Of course, it can rise arbitrarily high. But as far as covering and changing the landscape, higher levels of fog won’t matter anymore. The culturally analogous point would be this: There could be a level of ICT saturation such that further developments would be pretty much pointless, merely layering more of the same on the cultural landscape without having much of an effect. So, is there a level of ICT above which ICT becomes pointless?

Part of the answer depends on the shape of the traditional landscapes—roughly the ones that existed prior to the Industrial Revolution—and the ways ICT has increasingly enveloped and changed them. It’s impossible today to know those landscapes in themselves. Inevitably we see them from within the ICT atmosphere. For our purposes, that’s a good thing, because in that view the various traditional landscapes, be it a Blackfeet band or a Black Forest village, show common features. The traditional landscapes for the most part constituted a well-ordered, vigorously challenging, and profoundly communal world. An additional and helpfully simplifying perspective comes from evolutionary theory. We humans are the offspring of hominids who were deeply concerned with food, sex, and information, and so therefore are we.

Let’s set each of these three concerns into the basic context of the traditional world. Sexual concerns were normally well-ordered. They began with courtship, ending with a solemn commitment to monogamy (marriage), followed by the birth of children; the family was equally sustained by husband and wife and, when needed, with the help of relatives. These norms were occasionally violated, but the stability and prosperity of a community depended on general compliance with orderly practices of procreation. Providing food required vigorous efforts whether in finding and picking berries and making them into soups or pemmican, or whether in tracking and killing game, butchering it, and carrying it to the village. When agriculture began to displace hunting and gathering some 10,000 years ago, challenges were new, but required no less vigor on most everyone’s part. Traditional information came in different kinds. There was the natural information people gathered from clouds, or leaves, or tracks. Cultural information was deeply communal. There was instructional information; mothers taught their daughters the skills of cooking and fathers taught their sons the skills of plowing. And then there was celebratory information, the telling of stories that extended from gossiping to the grand occasions when the singer of songs laid out the encompassing order of heaven and earth, of time out of mind, and of the end of all things. Thus the traditional landscapes enforced a common competence in dealing with reality and a shared comprehension of the world as it was known at the time.

A traditional landscape, however, was also and always a world of obstacles, burdens, and limits. Courting could be frustrating and even crushing when desires were unmet and hopes dashed. Hunting and gathering was hard work, and work became harder in agriculture. Stories kept people informed, but surely there were times when curiosity remained unsatisfied. Industrialization was the gigantic enterprise of removing obstacles, lifting burdens, and breaking barriers. Its progress is the subject of the history of modern technology, beginning with steam and steel in the late 18th century, continuing with the ascendancy of chemistry in the 19th century and electricity in the 20th, and then leading to the triumph of ICT in the 21st. It’s a story of the initially gradual and then dramatic easing of the harshness of life, less so on the side of labor and production, radically on the side of leisure and consumption.

The impact of ICT was, at first, in the realm of information. Records that had been scattered and confined became readily available and subject to powerful processing. Distant places could be instantly viewed. ICT did more, however, than inform us about the world in newly powerful ways. It has increasingly become an instrument of controlling the world by dissolving traditional limits and burdens. Tinder makes sex instantly and ubiquitously available. Seamless delivers a hot meal to your doorstep within 20 minutes. YouTube presents whatever entertainment you desire. But so far, there is still a cognitive distance between a person and ICT. You look at information or you knowingly use it to summon what you want. You can still see the fog, if not what it has concealed or displaced.

ICT began to be truly transformative when it enveloped the person by surrounding humans invisibly, when ICT started to expand into “the Internet of Things” and obviate your engagement with the world. Sensors and effectors are implanted in your world and allow you to dispense with driving a car, opening doors, turning on lights, selecting music, cooking a meal, or taking care of your health. The Internet of Things always knows before you do where you are, what you desire, and it procures what you need and what you want—food, sex, and entertainment are always and already there.

Thus the Internet of Things replaces the well-ordered, challenging, and communal world with a magic fog where all that’s desirable appears from nowhere and disappears without a trace. Should you feel lost in the fog, a magic wand—the smartphone—allows you to conjure up what the Internet of Things has failed to furnish. Competence becomes superfluous and comprehension pointless. To be sure, you have to step out of the fog when you work, but even there transformative ICT is narrowing the scope of skills and knowledge. How high, then, can ICT rise? Its informative part is nearing saturation. It has just about covered the valleys and slopes of the traditional world. The transformative part is rising to the ridges and bound to reach the peaks. Here much grist is left for the mills of ICT. What would life be like if ICT should cover the peaks? In the realm of leisure and consumption people would be reduced to passive recipients of unencumbered pleasures. If that level is ever reached, then the cultural impact of ICT on the world would come essentially to an end. Refinements would only thicken and raise the fog.

But will it come to that? Some of the best minds, including much of the ICT industry and most of the venture capital world, are powerful fog generators. But there are as many people, no less bright although less well-funded, who can see through the fog and can make it lift. Those are the people who turn to the tangible and communal world and embrace its burdens and challenges as well as the profound pleasures and pains they find in that world.