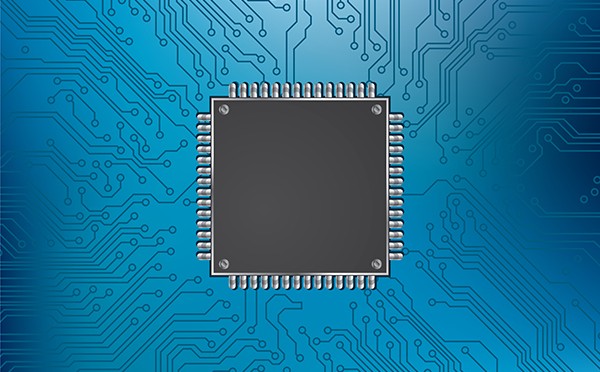 2015 marks 40 years since John Cocke of IBM Research introduced the idea of a reduced instruction set computer (RISC) to the world. It has been a long road, but today RISC architecture computer systems dominate the mobile computing landscape. More than 50 billion processors have been delivered to consumers through the purchase of products ranging from TV set-top boxes, tablets, and most significantly, cell phones. RISC is an overnight success story that took 40 years to be realized. What does the evolution of RISC say about technology invention and innovation as defined by mainstream adoption? It doesn’t always happen in Internet time, nor does it revolutionize entire industries without perseverance—and a bit of luck.

Figure 1 shows the road traveled by RISC from its fountainhead at IBM in 1975 to the domination of British licensee ARM Holdings Inc. For much of its 40-year journey RISC was overshadowed by CISC—complex instruction set computing—instantiated mainly in the Intel x86 architecture. But now, RISC processors are dominant, due mainly to the rapid rise of mobile computing. RISC chips power Apple, Samsung, Android, Microsoft Surface, and other mobile computing devices. In particular, the architecture license by ARM Holdings accounts for most of the mobile computing market.

The real benefit of RISC is its lower power requirement compared to complex instruction set computers (CISC) such as the x86 architecture. When mobile devices such as cell phones and tablets took off, power management became an essential feature of processor—even more important than clock speed and raw performance. Dramatically lower power consumption is the reason RISC chips skyrocketed in popularity, beginning in 2002 (see Figure 2). In just the last decade, the RISC design developed and licensed by ARM Holdings has taken the personal computing crown from Intel. A British Company now dominates Silicon Valley’s silicon.

Figure 2 contains actual and projected adoptions for RISC designs from ARM Holdings. This diffusion model is based on the Bass model of technology adoption, which historically produces the most accurate forecasts [1, 2]. However, the projection given here is unreliable, because nobody knows the ultimate size, m, of the mobile computing market. I have arbitrarily chosen m=200 billion as the total available market for RISC processors through 2025. Less than one-third as many have been delivered to consumers thus far.

On the other hand, innovator and imitator parameters, p and q in Bass’s diffusion model, are of keen interest because they say something about technology adoption. Parameter p measures the propensity for early innovator adopters to buy a product, and q measures the propensity for imitators to copy what others buy. RISC is a good case study for Bass’s model, because of its recent exponential growth due to mobile computing. It also illustrates the idea that a new idea can take decades to become an innovative idea. (I separate invention from innovation—innovation has more to do with adoption than creation of a new idea.)

The Bass model is an extension of the class of logistical S‐curves that describe growth constrained by diminishing returns. Initially, growth is exponential, but levels off as demand is satisfied (diminishing returns). Frank Bass postulated that innovators are early adopters that adopt almost anything new. Hence parameter p represents adoption rate of these innovators. Additionally, he postulated that late-stage adopters—the so-called imitators—adopt technology only after their friends, word-of-mouth, and media advertising compel them. These late‐stage adopters are represented by parameter q. Thus, technology adoption is governed by three parameters: the total available market m, innovator rate p, and imitator rate q.

How does RISC adoption compare with other technology adoptions? Figure 3 summarizes results of Bass model curve fitting to a variety of technological products introduced since the 1970s [3]. Of course consumers do not buy RISC processors, directly, so comparisons are indirect via devices that contain RISC processors.

Figure 3 ignores time‐shifts among products. Specifically, the Bass parameters for ARM RISC adoption spans 2002–2015, while the PC spans 1985–2000, and DRAM adoption data was collected a decade earlier than PC data. Additionally, generational differences are smoothed out in Figure 3. For example, the PC went through several generations—pre-Windows, multimedia, and Internet—connected generations. Each generation has its own S‐curve describing the rise and fall of adoptions. The latest generation of tablets and cell phones might be considered an extension of generational products based on the PC. However, this subtlety is ignored, here. Instead, Bass’s p and q are obtained from combining all generations of a single product category, together.

RISC-based products compare with earlier and contemporary technological products in terms of early innovator adopters and imitators. The most noticeable difference occurs in BRIC nations where innovators are nearly absent and imitators are abundant. BRIC consumers imitate what is already widely adopted in the industrialized countries such as Europe and the US.

RISC has come of age after 40 years of slow adoption, but in the end, it conforms to the same S-curve as most other technologies in terms of parameters p and q— at least in the industrialized world. While it may surprise some that most mobile products contain a RISC processor today, the RISC innovation is rather expected. It was only a matter of time before it became mainstream.

Is CISC dead? This is left as an exercise for the reader.