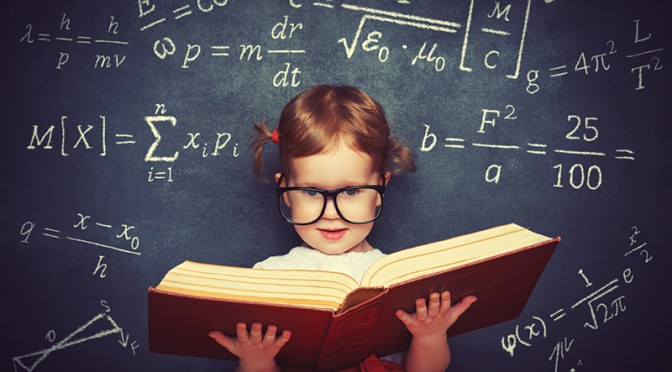 People who make a career in science, computers or otherwise, generally do so because they are naturally drawn to it. They find science fascinating and entertaining, and thus are usually very good at it.

This is both a blessing and a curse. It is a blessing because it means they will spend most of their life doing essentially what they want to do; not everyone is so lucky. It is a curse because their instinctive understanding of science may cover up unsuspected misunderstandings, making it difficult to explain to others what they are doing and why it is important. Worse, these unsuspected misunderstandings may make certain aspects of the science to which they are naturally drawn less than pleasant, rendering them more of a burden than a pleasure.

Computer science professors have found some students love programming while others hate it, with many shades of love-hate in between. This finding struck a responsive chord because it closely parallels something I have believed about science in general for a very long time.

When I was a youngster, science was always my favorite subject in school. I felt I had a calling for it. I simply couldn’t understand why many of my friends and acquaintances seemed to find science uninteresting, and even frightening. Despite my love of it, I too had some vague discomfort about science, so vague that I couldn’t even articulate what it was. Then one day I had a totally unexpected experience that completely changed my perspective.

I was about 16 when it happened, and it has stood me in good stead ever since, especially when I went on to teach math and science myself. By applying this indispensable insight, I not only saw my students’ grades improve, but many of them who previously had an implacable aversion to math and science reversed course, exclaiming, “You know, this stuff is really interesting when you understand it.”

“This makes no sense,” I thought. “Light bulbs operate on electricity and are measured in watts and kilowatts. This has nothing to do with steam engines, which are measured in horsepower.” So I listened more intently, and again the speaker talked about light bulbs and horsepower.

Finally, it hit me. Power is power. It doesn’t matter whether it is electricity, steam, or something else. It’s all the same. The only thing that is different is how we talk about it, not what it is.

This led to the later conclusion that most physics up through high school isn’t physics at all. About 90 percent of it is vocabulary; only 10 percent is actually science. Apparently I intuitively knew this, which is why I was pretty good at physics. Apparently most other people didn’t intuitively know this, which is why they were so poor at it—and therefore learned to hate it.

Worse, when I was a science student at UCLA, most of my friends were pursuing liberal arts degrees. Not only didn’t they like science, on more than one occasion I heard someone brag about not understanding science, because this somehow made him a “poet.” It is truly frightening that some otherwise very bright people (after all, they were students at UCLA) can take pride in their ignorance, believing that this somehow makes them a better person.

Inspiration out of Africa

When I graduated from UCLA in 1965, I joined the Peace Corps and was sent to teach high school mathematics and physics in Tanzania. I inherited two physics classes, one second year class and one fourth year class. I also inherited downright awful physics textbooks. Even as a new graduate in physics, I could not understand many passages in those books. The basic message seemed to be: Memorize the formulas and reproduce them on command.

To test the efficacy of this rote approach, I assigned what should have been a simple problem to my two physics classes to see what they would do with it.

Virtually every one of them said the Fahrenheit thermometer, because 68° had to be hotter than 20°. But they were wrong; 68°F and 20°C are exactly the same temperature, so the columns of mercury would be exactly the same height.

Bear in mind, these students were very intelligent people. To be in high school in Tanzania in the 1960s was equivalent to being in university in the U.S. Since there were hardly any high schools in the country, students were accepted on the basis of very tough entrance exams. Only the best and brightest got in.

So what happened? Why did virtually all of them get the wrong answer?

Basically, because it was the wrong question. If I had asked them to convert 20°C into Fahrenheit, they would have all plugged in the formula (F = 9/5 C + 32), done the math, and got the right answer. However, they would have had no idea what they were doing because nobody had ever taught them about the arbitrariness of scientific definitions; 20°C and 68°F are just two ways of saying the same thing. It’s almost as if you are speaking two different languages. To make matters worse, before entering high school, most of them had never even seen a thermometer.

This sparked an idea. These students didn’t know about physics, but they did know languages. They were all trilingual. To be in high school at all, they had to be fluent in their local language, Swahili (the national language), and English (the language of instruction). So I told them, “You may be having difficulty with physics, but you are masters at languages. So from now on we are going to study physics as if it were a language.”

I started the experiment with my second year class. Within only three to four months, they could pass exams that my fourth year class failed. I then applied a similar technique to mathematics, with the same gratifying results.

People trip up on percentages not because of the mathematics, but because it was never sufficiently emphasized that a percent is just a particular form of a simple fraction, which therefore has a particular name. That’s all there is to it.

Here is another delightful surprise. If high school physics is mainly language, then the statements we take as rigid, inflexible laws of nature are in fact claims that started out as proposals and were widely accepted because no one could find any contrary evidence. Those statements could be modified later if new evidence surfaces. A famous example is Einstein’s theory of relativity. He showed Newton’s laws do not hold for objects moving close to the speed of light. Einstein modified Newton’s laws.

Here is an example close at hand. Why is a day 24 hours, an hour 60 minutes, and a minute 60 seconds? Why not a 10-hour day with 100-minute hours? The current convention evolved over many years as astronomers learned more about solar movements and kings proclaimed new standards.   For example, the 24 hour day appears to have been tied to a set of 24 stars identified by astronomers that were equally spaced along a great circle in the heavens; day and night were seen as different domains and each got an equal share of these marker stars. Conveniently, the number of marker stars for each domain equaled the number of signs of the Zodiac.

While we are at it, why does a year have 12 months? The early Roman calendar had 10 months including September, October, November, and December. Notice that the roots Sept-, Oct-, Nov-, and Dec- are the Roman names of numerals 7, 8, 9, and 10, the positions of these months in the calendar. These 10 months spanned 304 days because the winter was a dead time and was not included. This was unsatisfactory because the calendar did not align with the seasons. The Romans added two months named after the founders of Rome, July (Julius) and August (Augustus), producing a new calendar spanning 355 days. They continued to tinker with it by adding days to some months, winding up with a 365-day year that agreed with the seasons. The 12-month calendar that emerged conveniently had months approximating one lunar cycle and associated each month with the sun’s being in one of the Zodiac constellations. The underlying science tells us that a year is 365 days and the sun is in a different constellation of the Zodiac each month. Everything else such as the names and lengths of the months is completely made up.

Our ancestors could just as easily have chosen to have no months at all. The calendar would be simply day 1, day 2, …, day 365. I suspect this did not get a serious consideration because it did not align with the seasons or with the ancient traditions of the Zodiac.

These conventions are passed down to us over the ages, but they are all systems of names made up by humans to talk about phenomena that had a scientific basis.

The science isn’t arbitrary: There is no doubt  the Earth rotates on its axis, causing day and night, and that each rotation takes the same amount of time, and the Earth revolves around the Sun and that each revolution takes the same amount of time. The way we talk about science is the product of many years of human agreements.

Back to the Hypothesis

How does all this tie in with the hypothesis of certain computer sciences professors as to why some people love programming and others hate it? The analysis runs something like this:

Computer programming is a form of using a language. However, many students do not see writing a program as a way of expressing something creative. They see writing a program as a torturous trial of guessing which arrangement of symbols will enable the machine to compile and run their program. They are deeply frustrated by the apparent ease with which they can make mistakes and the difficulties of finding and removing mistakes, the programming language looks to them like an immutable machine designed to thwart them at every turn.

Around 1970 Edsger Dijkstra had the insight that programmers needed to know only three things to get their programs right: how to sequence statements, how to choose which one of two statements to execute, and how to iterate a statement until it satisfies a condition. He called it “structured programming.” Students who figured out programming language was nothing more than a vehicle to allow doing these three things quickly learned programming regardless of the syntax of the language they were using. Structured programming became a simple language for expressing algorithms.

Computer programming gives programmers the power to make machines that act in the world. Understanding the simple core amplifies that power.

Whether we like it or not, we live in a world which, if not dominated by science, is massively influenced by it. Yet most people seem to have only a vague, and often erroneous, understanding of what science is all about. This is both sad and dangerous. If we depend on science but don’t really understand it, we are likely to make uninformed decisions with disastrous consequences.

This implies clearly distinguishing what is real from what is language. Instead of thinking (either consciously or unconsciously) of the world as constrained by immutable scientific laws, we would be better off thinking of it as a place we can reshape by speaking the language of science differently. Nowhere is this more evident than with programming, where we can rewrite how we do things and spread them far and wide because so many “things” are now represented digitally.

P.S. If you are interested, 4 horsepower converts into approximately 3,000 watts. This of course is an enormously powerful light bulb, but I believe the man on the radio was talking about lighthouses, so a 3,000 watt light bulb would make perfect sense.