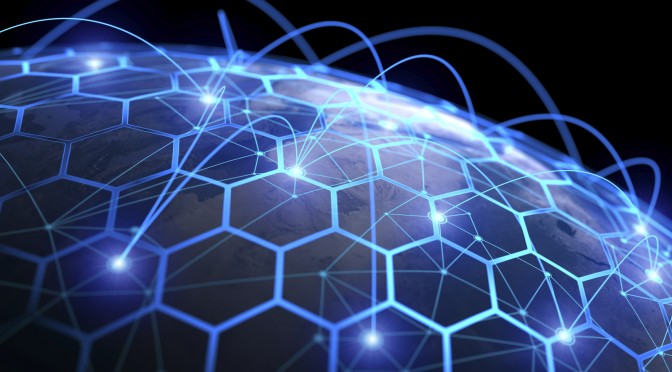 Although Tim Wu introduced the phrase “net neutrality” in his 2010 book, The Master Switch his objective was to warn us against the eventual monopolization of the Internet through an emergent process known as Gause’s Competitive Exclusion Principle [1]. Gause’s Law explains why monopolies emerge from competitive ecosystems [2]. It says a species with a slight advantage over its competitors will eventually become dominant, and marginalize all others. For example, AT&T emerged as a dominant information systems provider at least three times (1913, 1934, 1984) since the Kingsbury Commitment of 1913 dismantled the AT&T and Western Union monopoly. Microsoft was declared a monopoly in the 1990s, and today the number of computer, cellular telephone manufacturers, and social network websites narrow as the competitive exclusion principle plays out in other sectors.

Ownership of the global Internet is rapidly succumbing to Gause’s Law in the current milieu. The number of ISPs (Internet Service Providers) numbered in the thousands a decade ago. By 2010 the top 100 ISPs accounted for 99% of the Internet. Today, ten dominate the global Internet [2]. This concentration of power has emboldened the so-called Tier-1 Internet providers to abolish net neutrality in the name of profits.

AT&T, Verizon, and Comcast want to charge for faster downloads, but downstream species like Google and Netflix want the opposite—unlimited bandwidth at a fixed price. Throttling bandwidth is bad for Google and Netflix, especially when there are no alternatives—and good for the oligopoly that now controls most of the Internet. Eventually, Gause’s Law wins out, and a dominant species or oligopoly emerges. In time, the Internet will be ruled by a monopoly, or small oligopoly.

Emergence of a monopoly inevitably sets the stage for government intervention. But the government is also acting like a 1890s ruling class. Unlike the RFC (Request For Comment) process that set the Internet free in 1993–1998, today’s government is behaving like a 19th century trustbuster. To settle the question, President Obama advocates regulation by the FCC (Federal Communications Commission), stating, “I believe the FCC should create a new set of rules protecting net neutrality and ensuring that neither the cable company nor the phone company will be able to act as a gatekeeper, restricting what you can do or see online” [3]. In other words, the government will set the rules, not the volunteers of IETF (Internet Engineering Task Force) nor the experts of the Internet Society. The era of the open Internet is about to end.

Here is the rub: one bite of the apple will not do. FCC regulation may initially guarantee net neutrality, but like all government regulation, it will eventually place other controls on the Internet. Some of these regulations will be good, such as standardizing security. Others will be bad, such as setting wholesale and retail prices, taxing transactions, and reducing incentives to invest in access and bandwidth. Compare the inadequacies of transmission in the electrical power grid as a byproduct of the 1992 EPACT and the underinvestment in transportation systems over the past three decades due to governmental policies [2].

Gause’s competitive exclusion principle explains how a dominant species emerges in a free market, but regulation does not nullify it. It simply changes the advantage one competitor has over all others, leading to a new set of winners and losers. What then is the purpose of regulation? One would hope it is to stimulate competitive without destroying the ecosystem. Internet regulation has to strike a balance between extinction and a flourishing ecosystem.

As other nations follow in the footsteps of the US FCC, borders will emerge to accommodate the social, political, and economic powers specific to each country. Google is banned in China; Microsoft is accused of being a monopoly in Europe; Twitter is unplugged in the Middle East, etc. The BGP (Border Gateway Protocol) will be customized for each country: blocking or allowing access within national borders. Eventually, the ubiquitous TCP/IP stack will no longer define what an open Internet means. And in fact, the open Internet will become a thing of the past. And it all started with Presidential support of Tim Wu’s net neutrality.