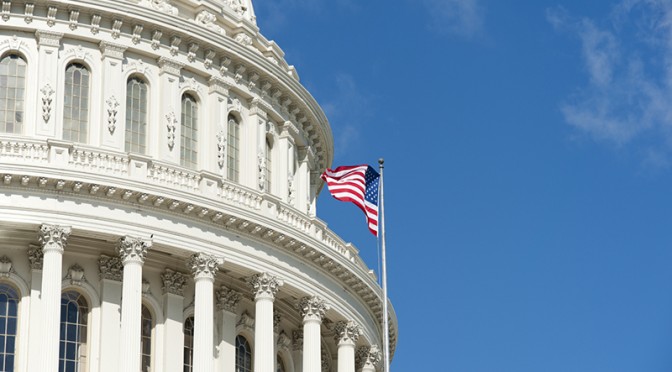 Most technologists believe the future of the planet lies in technology. The Internet overcomes injustice, renewable energy defeats global climate change, democracy wins over anarchy, and computers equal higher standards of living around the globe. The future of humanity depends on successful deployment of technology. But the future of technology is government regulation—NOT unbridled technology.

According to Kevin Kelly, the “technium” is “the greater, global, massively interconnected system of technology vibrating around us” [1]. It is the seventh kingdom of life on Earth, adding one more taxonomic division to Animalia, Plantae, Fungi, Protista, Archaea/Archaeabacteria, and Bacteria/Eubacteria. Technology forms an organic living and breathing extension to earthly life with all of the bells and whistles of organic life—it moves, breathes, grows, and reproduces.

I think Kelly has confused the technium with government—not technology. Government moves, breathes, grows, and reproduces in ways that dictate which technologies succeed and which ones fail. The future of technology isn’t the technium, it is government and the corresponding control governments around the world exercise over technology. Let’s call it the “regulatium.” Instead of evolving wild plants and animals on the African savanna, technology is being domesticated and kept in corrals and zoos. Nowhere is this more prevalent than in the hi-tech and clean energy sectors.

Evidence is mounting to support my claim. Most recently, the Federal Communications Commission has taken over the regulation of the Internet without a shot. Internet freedom fighters made a Faustian bargain with the U.S. government, trading net neutrality for telecommunications regulation. For the time being Internet service providers cannot throttle your connection, but in exchange, the FCC now commands and shapes the future of the Internet infrastructure. The FCC does only one thing—regulate. It is only a matter of time before the Internet behaves like the oligopolistic telephone companies currently under severe regulation due to the 1996 Telecommunications Act.

Like all tectonic movement, the cause of this drift away from evolutionary progress toward governmental control can be traced to public sentiment, activist behavior, media, and political persuasion. One way to study these is to observe sentiment as it diffuses through social networks like Twitter. Topsy.com is a good place to start.

Topsy sentiment scores for a sampling of people, companies, technologies, and ideas are shown in Figure 1. The Apple Inc. subsidiary derives a score from zero to 100 indicating favorable sentiment obtained by scanning Twitter Firehose for real-time data, emails, photos, etc. The exact formula for calculating the Topsy score is proprietary. Generally, a high score means people are interested and view the topic favorably. The horizontal axis in Figure 1 lists keywords entered into Topsy, and the vertical axis records the sentiment score averaged over the previous 30 days.

Consider the people and company charts as benchmarks. Apparently, the online world favors inventors and entertainers over politicians and politics. Edison scores a 72 while Hillary Clinton and President Obama score 37. Elton John and Beyonce outscore Elon Musk and Einstein, but then Einstein has been dead for a half-century. Similarly, new tech companies like Amazon and Netflix exceed old tech companies like IBM and HP in favorable sentiment scores. These results should give you an idea of Topsy’s accuracy, which Topsy claims agrees with surveys 90 percent of the time.

The Glimmer of Future Ideas

The next bar chart in Figure 1 contains the glimmer of future, emergent ideas: online citizens favor anarchy over democracy, sharing economies over command economies, and social justice* over capitalism. Democracy ranks a rather low 40 compared with 92 for social justice. This set of conflicting ideas ignores the practicality of how technology breathes and grows, but they cannot be discounted. These ideas eventually influence government, which eventually passes laws that pacify the public. If the public wants government oversight and regulation, then so be it.

Ideas and their spread begin to explain why the denizens of the connected world traded capitalistic, democratic, and open Internet rule for command economy net neutrality. To the pro-net neutrality crowd, distribution of bandwidth wealth is more important than an open, capitalistic, and democratic Internet. The inhabitants of networld prefer government regulation of bandwidth to allowing the “wild plants and animals on the African savanna” decide through open processes. Anarchy sentiment is 2.5 times capitalism sentiment. Darwinian evolution isn’t good enough—only a regulated future will do.

The picture becomes even clearer when comparing Topsy sentiment scores for preferred technologies as shown in the final bar chart. Of course everyone loves innovation and sustainable technology. More interestingly, solar and green energy far outscore nuclear power and smart grid technologies, even though the Internet and cloud computing depend completely on unpopular nuclear and smart grid technologies. Cloud computing and the Internet are useless without electricity and the distribution of electrons through a power grid. Netizens prefer autocratic rule by government to democratic rule by consensus—especially when government agrees with their definition of social justice.

Regulation Because We Want It

But, here is the bottom line: Further progress in technologies like solar power and cloud computing depends more on regulation than technology. Solar power is highly subsidized by governments around the world, and electric power is perhaps the most over regulated industry on the planet. The entire solar panel industry would collapse without government intervention, on the one hand, while the replacement of fossil fuel power generation by renewable generation is held back by regulation. The government giveth and it taketh away. Both success and failure depend on government policy, which translates into regulation. Whether we agree with government or not, the simple fact is, sentiment is in favor of governmental oversight of technology’s impact on society.

The consequence of this sentiment is further submission to government oversight and regulation. Silicon Valley companies are beginning to realize this. Google spent $5.5 million on lobbying in the first quarter of 2015 and ranked ninth in terms of total lobbying spending in 2014 at $16.8 million [2]. Microsoft spent $13.7 million on lobbying through the third quarter of 2014. Hi-tech means high-cost lobbying. These tech giants know the future of tech is government regulation.

The key to future clean technologies such as smart grid and renewable power generation lies in regulation. One simple change in the regulation of electric power can change everything. For example, net metering allows owners of solar panels to return unused electrons from their rooftops to utility companies, but unfettered profitable net metering is allowed in only a few places in the U.S. An organization called Network for New Energy Choices has graded states on their net metering policies; 28 states earned failing grades because of restrictive rules that make it almost impossible for the average homeowner to participate [3].

If you want to positively influence the future of technology, write your congressman or woman.

* Oxford Dictionaries defines social justice as “justice in terms of the distribution of wealth, opportunities, and privileges within a society.”