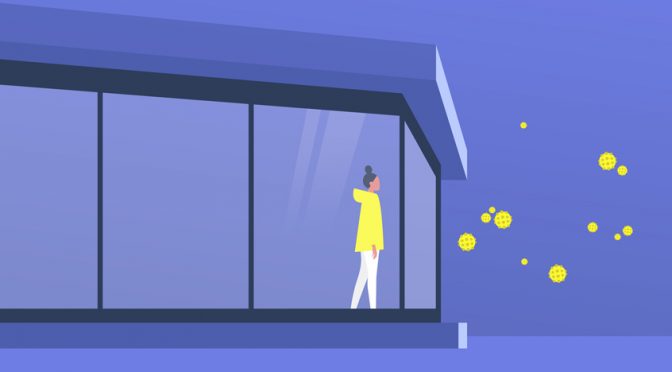 It is no secret that for many people, the “stay at home” policies that have been adopted by many countries to combat the spread of the coronavirus is causing considerable psychological pain. However, there may also be a psychological benefit to be gleaned from this otherwise bleak situation. And that is a fundamental readjustment of our expectations, particularly in so-called “first world countries.”

Until the gates came down at our front doors, it seems to me that most people in first world countries over time had subconsciously developed an expectation of rapid gratification of their wishes and desires. However, being constrained by circumstances to forego rapid gratification of our desires for what may seem an unconscionable amount of time has another side to it. It can positively improve our lives once the crisis has passed.

I speak from experience. Early in my life I traversed a crisis that I thought would have nothing but a downside to it. However, it dramatically changed my life for the better, for which I will be forever grateful. Here’s the story.

Immediately after graduating from university, I spent two years in Tanzania as a volunteer teacher. My first posting was to an isolated village in the middle of nowhere. I literally lived in a mud hut, and had to draw water from a well, filter it, and boil it in order to have something to drink. I won’t tell you about the toilette facilities because you would probably prefer not to know.

All these things rapidly became a routine, so I just didn’t think about them. However one thing I couldn’t ignore. The region was suffering through the second year of a drought. This meant that there were no fresh fruits and vegetables. Even the meat markets had shut. So basically I lived on rice, rice, and more rice, and practically nothing else. This went on for months.

I was stationed with three other volunteer teachers. One day we got notice from the post office in the nearby village that a package had arrived for us. One of us, Bob, went into town to get it. It was a fairly big package sent by a friend in the regional capital. We had no idea what it was. When we opened it, our eyes lighted up and our mouths began to water. It contained a big, fresh, ripe pineapple. It probably weighed about 3 – 3.5 kilos, which was nothing unusual for Tanzania pineapples.

We were ravenously hungry for any kind of fresh fruit, but we didn’t eat the pineapple immediately. Instead, we put it in the middle of a large table. We all sniffed it; it smelled delicious. We walked around the table looking at it, admiring it. This must have gone on for at least a half-hour, maybe even an hour. We were literally afraid to cut it open for fear of being disappointed.

I took our big kitchen knife and first cut off the green, bushy top. I sniffed it; it smelled delicious. I then cut it down the center to reveal two halves of firm, fragrant, yellow flesh. I didn’t slice it into pieces immediately because some juice had leaked into the dish. I put a finger into the juice and brought it to my lips. Sweet, sweet, sweet! Then Bob, Alice, and Ralph did the same thing, with the same reaction.

This went on for about 15 minutes before I was authorized to go to the final stage. I cut each half into fairly thick slices and passed one to each person. They first sniffed it and licked the juice, but were hesitant. “I cut it,” I said. “Someone else is going to have to taste it.”

Alice volunteered. She delicately brought a slice to her lips and cautiously took a bite. “Oh,” she said. “Ooh. Ooooh.” She didn’t need to say anything more. We knew what she meant. So we all did the same thing. “Oh, ooh, oooh,” all around the table. Not to be indelicate, but it was almost like a collective orgasm. We all agreed that we had never tasted anything so sweet, delicious, and wonderful in our lives.

At that moment, I think we all discovered something we had never really understood. Things that are too easily available lose their charm and can even become irritants. I don’t think there was anything special about this particular pineapple; Tanzanian pineapples were generally very good. However, it was the lack of any fruit at all over several months that made it so special.

Although it is not easy to do, I have taken the habit of purposely depriving myself of something I like just because I know it will be so much better when I finally get it.

This experience with the Tanzanian pineapple occurred more than 40 years ago, yet I can still taste it. And each time I think about it, the memory becomes sweeter and more delicious.

The drought I lived through in Tanzania was nowhere near as serious as what we are living through then. However, the lesson learned then still applies: Expecting rapid gratification ensures frequent disappointment.

Although first recognized in Tanzania, I truly began to appreciate the lesson only when I returned to Los Angeles.

For example, one thing I desperately missed in Tanzania was ice cream. I love ice cream and I had just spent over two years without it. So the moment I got home, I took up the habit of always keeping my refrigerator stocked with at least a quart (about a liter) of the stuff. Anytime I had a desire for ice cream, all I had to do was walk into the kitchen to get it. But I very quickly realized that my enjoyment of it was rapidly diminishing. So I changed tack. Instead of keeping ice cream in the refrigerator, when the desire moved me, I would get up, go outside, and march down the street to the neighborhood ice cream parlor. There I would order what I wanted, sit down at a table to eat it while reading the newspaper, and make a real occasion of it. Not only did my enjoyment increase, my intake of calories decreased, which was also a benefit.

Another example. For a long time I had regularly contributed to a particular charity. When I retired, my income of course dropped. Fortunately, I had enough in pensions and savings to continue the contributions at the same level. However, instead of writing a single check once a year, I now write a small check at the beginning of each month.

When I was still working, writing a single big check at the end of the year was perfunctory. I barely noticed it and certainly didn’t anticipate it. Although I traditionally waited until the end of the year, I could have written the check any time I wanted. In contrast, writing a small check every month is a real pleasure. I rigorously wait for the first day of the new month before writing the check no matter how tempted I might be to issue it earlier. Now, as each new month approaches, I can hardly wait for it to arrive in order to make a new contribution. The anticipation of doing so 12 times a year far surpasses any momentary pleasure I previously felt by writing a single check only once a year.

To bring things up to date, living in Belgium, I have developed a great appreciation of specialty Belgian beers. The local supermarket has an ample supply of beers even during the coronavirus pandemic. But that’s not enough to make me buy them.

I never drink these beers at home because my pleasure comes from drinking them together with three or four friends around a table in a cozy Belgian pub. I imagine it will still be several weeks, if not months, before this can happen again. However, I know that when it does, it will almost certainly a replay of that pineapple in Tanzania. I can already taste that cool, brown elixir lovingly gliding down my gullet.

I belong to a group that normally gets together every Tuesday evening to drink beer and talk. When we next get together, I am thinking of proposing that we meet less frequently, say three times a month or even every other week, to increase the pleasure. It will be interesting to see how they will respond.

So the moral of the story?

Lowering your expectations can significantly boost your pleasure. When all this is over, consciously put off for tomorrow some things you could easily do today, or at any other time you wish. Believe me, it really works!