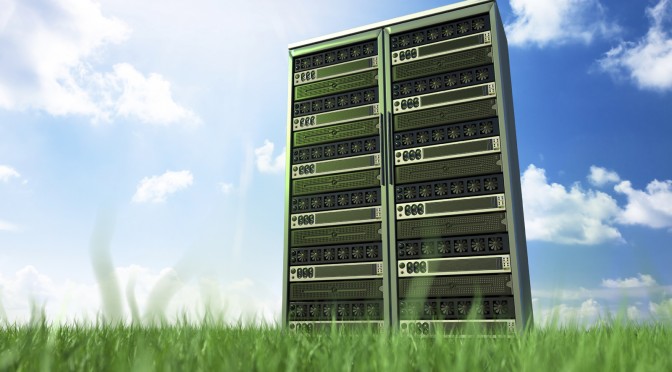 Green computing is defined as “computing that does not harm the environment to the maximum possible level while not compromising the technological and commercial development of the computing field.” Greening is possible in all sorts of computing endeavors and green computing has an optimistic future with ample avenues for making it possible. Greening of technology has a potential role to play in enhancing environmental sustainability by making the entire product life cycle greener.

6% of the world’s energy is consumed by data centers [1]. Google’s  data centers located at Prineville, Oregon—south of the Columbia River—aim to use cheap and clean hydroelectric power. But are data centers actually greener? The total carbon dioxide emission from the United States in the year 2011 was 1.7 billion tons of CO2 [2]. Data centers are responsible for just 3%, which is ignorable in light of the advantages leveraged by the computing technology as discussed below. Arguably, data centers of the future could be designed for reduced energy consumption compared to the current data centers. Alternatively, there could be non-energy data storage methods developed in the future to replace the current data centers. Emission control measures such as transforming heat into another productive form of energy could pave the way for new types of consumable energy.

Uses of digital libraries are positively influenced by the advent of computer-based devices like iPads and e-book readers. The physical storage space for repositories and maintenance resources for paper-based books has also been declining with the use of digital libraries. The advent of electronic medium in commerce, education, and healthcare has resulted in reduction of fuel consumption, utility cost, storage cost, and overheads [3]. The use of wood in newspapers could cause reduction of rainfall and consequently result in ozone layer depletion. Hence, big server farms are greener compared with newspapers and books. Traditional paper-based systems consume lots of wood and emit harmful wastes throughout its lifecycle. The advent of computing has reduced the energy spent on fuel, utility, and storage facilities.

8,000 tons of batteries end up in Australian landfills each year. Batteries emit hazardous waste like lithium and carbon that cannot be easily recycled. Are the existing methods of reclaiming or recycling those batteries adequate? Can we power devices without batteries, such as energy extracted from wireless signals? If we over utilize wireless signals for powering mobile devices, will we have enough signals to transmit information?

Cleaner batteries could be produced in the near future by controlling electron transfer rates within the battery and using nanoparticle structure [4]. The control of electron transfer rates will reduce the emission rates as well as energy consumption, which will result in cleaner batteries. Consequently, this would enable a suite of clean technologies from grid batteries to smooth-out power variations from wind turbines and solar panels to zero-emissions vehicles. On the contrary, using wireless signals to power mobile phones could however reduce the amount of signalling traffic over the wireless transmission path. Less traffic means less power is consumed.

There is the possibility of inserting microchips into the human body [5]. Subdermal chips enable scanners to retrieve data from the chips at any time required. An article published in Scientific American discussed the use of nano-robots for diagnosing diseases like Alzheimer’s in the human body [6]. Nano-robots are 5,000 times smaller than human cell. So how are these devices powered?

These devices could be powered using processes inside the body. For example, the human heart supplies the energy needed to circulate blood in the body; this energy is sourced from the foods humans consume, which is actually less than the power needed for batteries. Nano-robots would require less energy than batteries when diagnosing diseases like Alzheimer’s.