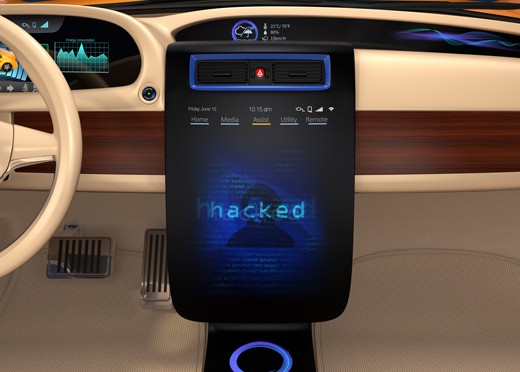 Editor’s intro: The Internet of Things (IoT) has become a hot topic because of unprecedented cybersecurity problems that have caused massive outages of key Internet services. IoT devices can help improve the lives of individuals, but lack of market incentives has led to huge cybersecurity vulnerabilities that threaten to undermine national infrastructure and public trust. Prof. Kevin Fu was invited to a U.S. House Hearing by Chairman Greg Walden of the Subcommittee of Communication and Technology and Chairman Michael Burgess of the Subcommittee on Commerce, Manufacturing, and Trade to discuss IoT vulnerabilities and what might be done about them. We are pleased to present a copy of his testimony.

Last month, I had the opportunity to testify in U.S. Congress on how to improve the security of the Internet of Things (IoT) in the wake of the crippling attack on Dyn, a DNS service provider and single point of failure for popular Internet services.

The hearing was a joint project between the Commerce, Manufacturing, and Trade Subcommittee (CMT) and the Communications and Technology Subcommittee within the U.S. House Energy & Commerce Committee. The CMT subcommittee held an IoT specific hearing in March 2015 along with a showcase of multiple IoT devices for Congressional members. Congress called upon my advice because of my expertise across a variety of these issues in the broader societal context, especially healthcare and medical device security.

I reminded our U.S. Representatives that we’ve been slowly boiling a frog, and the problem is more broadly how to protect computers built into everyday objects ranging from mobile phones and smart thermostats to pacemakers and automotive airbags. In short, security must be built into IoT devices, rather than bolted on after deployment.

I provided a perspective on the evolving cybersecurity risks framed in a broader societal context. In short, IoT security remains woefully inadequate, and the Dyn attack is a sign of worse pains to come. None of these attacks are new, but the sophistication, scale of disruption, and impact on infrastructure is unprecedented. (The earliest prediction of IoT problems I have found is from 1995 on page 22 of MIT’s humor magazine, Voo Doo, on Internet-enabled light bulbs.)

We are in this sorry and deteriorating state because there is almost no cost to a manufacturer for deploying products with poor cybersecurity to consumers. Has a consensus body or federal agency issued a meaningful IoT security standard? Not yet. Is there a national testing lab to verify and assess the premarket security of IoT devices? No. Is there a tangible cost to any company that puts an insecure IoT device into the market? No.

I’d like to highlight eight observations about IoT security.

I shared five recommendations to protect our national infrastructure, hospitals, and homes from IoT security risks.

for Securing the Internet of Things). I find the document consistent with my thinking, but without an action plan or Congressional remit with teeth. This is already a marketplace failure, and it’s time for government to intervene with appropriate regulations for the public good. A software bill of materials is an excellent idea to enable more informed, risk-based decision making by industry and consumers.

Why All the Fuss about Internet of Things Security?

None of these risks are new. Researchers have known about these flaws for decades. What’s new is the scale and ease of attack, because of the quantity of insecure IoT devices operated by a highly distributed set of unwitting consumers.

To put the Dyn attack in perspective, think back to the 1980s when a person might have dialed the operator to ask, “Please connect me to Alice.” The operator looked in a directory, found the phone number, then connected the caller to Alice. If only a few people call the operator within a period of time, there is no problem. If 100,000 compromised IoT devices make this simple query simultaneously, the operator would be overwhelmed. Legitimate callers would likely receive a busy tone. That is essentially what happened to Dyn. An overwhelming number of insecure IoT devices were tricked into making directory queries to Dyn.

Think exposure, not connectedness. The term “networked” and “connected” are red herrings in the long term because both terms hint at a perimeter-based security model. There are no effective network perimeters because IoT devices are notorious for piercing perimeters. Moreover, a device can be partially connected. The healthcare community does not distinguish a flu transmitted by cough versus a flu transmitted by sneeze. Therefore, the cybersecurity community should not limit its thinking to just networks and connectivity. A network is not necessary for a cybersecurity exploit; malware gets in just fine by unhygienic USB drives carried by unwitting personnel. Hackers continue to use social engineering by telephone to trick personnel into giving out unauthorized remote access. Rather than focus on connected devices, a more comprehensive approach would examine exposed devices. Focus on outcomes, not modalities. I recommend using language such as “exposed to cybersecurity risk” instead of “networked” or “connected” when discussing overall objectives because cybersecurity threats are constantly evolving.

Complexity breeds insecurity. In my role as a member of the Computing Community Consortium (CCC) Council, I recognize the painful challenges of IoT security. One of the core problems with the increasing number of IoT devices is the increased complexity that is required to operate them safely and securely. This increased complexity creates new safety, security, privacy, and usability challenges far beyond the difficult challenges individuals face just securing a single device.

Cyberhygiene, such as the use of factory-set default passwords, IoT devices tend to have safety consequences or involve physical manipulation of the world that could more easily lead to harm.

National Vulnerability Database. The NVD now includes a category for IoT devices. NIST quantifies risks of IoT vulnerabilities, and some of the results appear in the Common Vulnerabilities and Exposures (CVE) database. Relevant to the Dyn attack, a DDoS vulnerability was scored in 2009 for a connected coffee pot (CVE-2008-7174), vehicle vulnerabilities, (CVE-2015-5611, Jeep Chrysler vehicle), and medical devices (CVE-2011-3386, Medtronic insulin pump).

Hospitals and healthcare delivery. The number one cybersecurity problem for hospitals is how to ensure continuity of clinical operations to deliver safe and timely patient care. Note that security is a means to an end: delivery of care. The healthcare community dodged the bullet on the Dyn attack. Hospitals survived not by design, but by luck. The adversary did not target healthcare. This time.

Dyn represents a single point of failure for resolving Internet names, but hospitals have other kinds of single points of failure. For instance, heating and ventilation now resembles IoT with unpatched computers controlling negative pressure in units with highly infectious diseases. Elevators systems run on embedded computers, where there is little understanding of defensive technology.

A number of hospitals expressed concern about IoT devices, and no one has been able to provide assurance that a future Dyn-like attack will not cause a massive, nation-wide healthcare outage. The best-known approach is to maintain a more accurate, risk-based inventory of devices, software, and cyberexposure such that when a new vulnerability is discovered, hospitals can more quickly identify affected devices to triage and remediate. However, hospitals simply do not have accurate inventories of software in actual use. In my experience, we usually find “shadow IT” on hospital networks. That is, contraband computing enters hospital infrastructure in unusual ways.

Medical device security. Default passwords and the inability to tolerate intrinsically hostile networks are two common problems in medical IoT devices. Another unusual problem with medical devices is traditional cryptography does not work as easily on battery-powered, implantable devices because of the risks of cryptographic computations draining the battery. When an implant’s battery runs low, it requires surgical replacement. For this reason, NIST’s effort on lightweight cryptography is especially important. More information about medical device security appears at medicalsecurity101.org and secure-medicine.org.

No Fire and Forget. There is no fire and forget for IoT security. Threats and vulnerabilities constantly change. Therefore, any solution based solely on manufacturing is doomed to failure. Software effectively ages because of shifting threats, and there will always be a need for vigilance and updates/maintenance. NIST produced a cybersecurity framework for industrial control systems that may apply well to IoT security. NIST recommends to first (1) assess cybersecurity risks of inventory, (2) deploy compensating controls that address specific risks, and (3) continuously monitor the effectiveness of the controls as threats change.

Embedded cybersecurity represents a rapidly growing area in terms of educational opportunities, research questions, talent demand, and federal policy for science and engineering. Safety critical systems such as automobiles, airplanes, and medical devices depend on embedded cybersecurity. The market size for securing the Internet of Things is predicted to reach $37B by 2021. While there are pockets of cybersecurity research and education programs across the country, the nation lacks an independent testing facility that can begin to model complex behavior of interoperable devices in homes, hospitals, transportation, etc. Moreover, industries will require a highly skilled workforce for embedded security as they discover security solutions are needed before consumers will gain confidence in innovative new technologies like self-driving cars and sensors that wirelessly command medical devices to deliver therapy.

Assessing medical IoT security. The Mayo Clinic reportedly spends roughly $300K per medical device to perform security assessment, and they have thousands of models of devices. It makes little economic sense to have individual hospitals testing the security of devices that ought to remain secure for all 6,000 hospitals in the U.S. Cybersecurity ought to be a public good much like automobile safety. Imagine if every car dealer were individually responsible for crash testing automobiles: Costs would skyrocket and the public would have little confidence. A facility for embedded cybersecurity at the scale of a hospital could provide testing to both government and industry, while allowing students to conduct innovative research during surplus time.

National embedded cybersecurity testing facility. Neither industry nor government have the capability to safely conduct thorough security testing and assessment on IoT devices spanning healthcare to transportation. The cost to establish a realistic test facility for healthcare IoT cybersecurity, for instance, is likely to exceed $1.1 billion because of the sheer complexity and specialized equipment. But that is much cheaper and more effective than having 6,000 hospitals across 50 states each attempting to establish tiny facilities. Moreover, partnerships across industry, government, and academia can amortize this cost.

Federal agencies such as NIST and NSF have a number of initiatives aimed at improving IoT security. The Computing Research Association’s CCC Council has also produced a number of IoT security recommendations on behalf of the computing community. Below I provide references to such documents at various stages of maturity to improve IoT security.

This research is supported in part by the National Science Foundation (CNS-1330142). The views and conclusions contained in this paper are those of the authors and should not be interpreted as necessarily representing the official policies, either expressed or implied, of NSF or our sponsors.

In my travels, it disturbs me to find so many everyday devices as well as safety-critical devices without adequate cybersecurity controls.