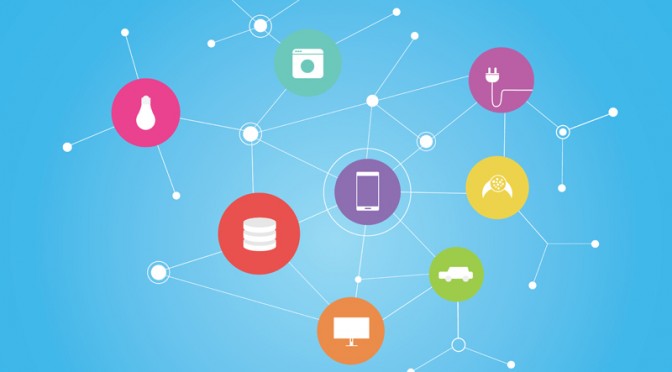 These days we are witnessing a gold rush to the shining, promising new trillions of dollars market consisting of 30-50 billion devices interconnecting anything and everything. The Internet of Things (IoT) looks to be the promised magic land, which is luring every market explorer, “silver-tonged” marketer, and geek technologist [1]. However, one should carefully consider some important obstacles and great challenges before the IoT really happens [2]. In this blog, I will address the three principal technical considerations enabling the IoT: architectural hyperscalability; interoperability semantics; and, the most important of all, security, privacy, and safety.

The IoT ecosystem will be also highly distributed, heterogeneous architecture with particular constraints on delays and latencies as well the interoperability of extremely diverse devices. We are witnessing the exhaustion of the original IPv4 address space. The new, 128-bit addressing known as IPv6 must be deployed massively. Also, some higher-level concepts—such as URI (Universal Resource Identification)—will be needed for addressability/identification of things in the extreme case of uniquely identifying an object, device, person, animal or even insect.

Architecture will be defined by the set of standards across several layers of technology—processor, operating systems, middleware, database, networking, interfacing etc. As always, it will be a very long lasting process of either agreeing on standards or converging into a de-facto standard, which is often articulated by the dominant player(s)/vendor(s).

Ultimate result should be an easily extendable architecture consisting of several interoperating technologies. It will provide end-to-end coverage from sensors and actuators to analytics/human or robotic users via web-connected devices (e.g., a smartphone, tablet, or gadget).

Strategic architectural decisions should consider approaches of creating a closed, garden-wall type of private ecosystem versus open, collaborative ecosystem systems. Likely ending up in co-habitation, as each approach offers some distinctive advantages and benefits. Consequently, problems of cooperation, collaboration, and competition will arise.

IoT covers a very heterogeneous space, from mobile web users [3] via large-scale infrastructural systems for transportation, manufacturing, and delivery chains to home automation and smart cities. IoT involves very many different subjects, objects, devices, things, and systems. As they need to “know” each other, they also need to communicate, cooperate, collaborate, and compete among themselves. For these reasons, the “things” should be fitted for semantic interoperability. This alone is a gigantic modeling feat and a big implementation challenge.

This is also closely related to standardization efforts, which will likely involve vested commercial interests of various vendors and (sometimes almost competing) regulatory bodies aiming to smoothly pave the way for collaboration and lay the groundwork for growth. This has happened already in several domains, including the Internet, which will serve as a precedent for the IoT.

Things will be connected, but not necessarily interconnected into an orchestrated whole. Once things start chatting among themselves, we might reach a tipping point of quick growth and large coverage.

The most important technical concern for the future of IoT will be the question of security, privacy, and safety (or SPS) as indicated in Figure 2. A key concern will be about things/individuals being constantly monitored anywhere and everywhere. As the number of IoT entities grows larger and larger, the number of SPS issues will simply explode and eventually pose huge technical challenges. To address this looming problem, new technological means should be devised, better processes conceived, and stricter audits executed. In different domains SPS focus will change. For example, security must be at the maximum for workplace monitoring and critical infrastructures. Privacy should be of great concern for healthcare, private transportation, and family/house monitoring. As always, safety must be a prime concern for infrastructure, transportation, and manufacturing. It is easy to imagine cases of safety related accidents such as carjacking, infrastructure attacks, and medical device manipulation while serving the person. In my view, these three domains also offer opportunity for the radical improvements through innovative technology developments.

As in all cases, we will have a variety of mobile/fixed sensors, actuators, wearable devices, and communication systems. We will experience problems of aggregating and combining of data, which will always represent delicate, and maybe, suspicious activity. Consequently, this sensitive aspect should be regulated and closely monitored and audited.

One great, still unresolved big question will be about ownership, storage, and processing rights for torrents of data. It will represent a global issue and headache for several years in the future. Maturity of the IoT will be reached when we see it legally defined and regulated. Assuming we overcome the technical obstacles and the greatest challenges are addressed, there may be two likely outcomes. At best, the IoT wave may trigger a growing cycle of economic activities, stimulating global growth, job creation, and developments, and at worst it may go into history as yet another failed technology wave with great promises and disappointing results. But the worst possible outcome would be the IoT becoming a real embodiment of a global Big Brother spreading fear, horror, and damages. We should see signs of any of those outcomes appearing very soon now. Thinking about positive outcomes [4] will also represent a trillion dollar question waiting for the right answer.

Considering the IoT scale, volume and rates of data flows, and many technical concerns, this short blog has only touched the three principal domains, while many difficult questions will remain. For illustration here a few statement that deserve further thinking, deeper consideration, and wider debate: