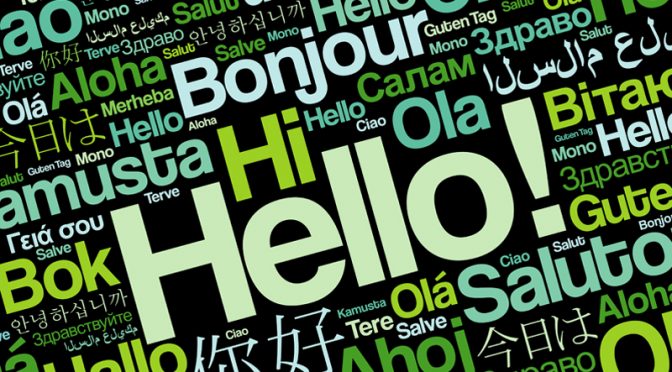 “It’s only natural.” This common expression is often used by modest people to minimize the perception of their contribution to an important task, and it contains a hidden danger. Suggesting that some things are “natural” implies that some things are “unnatural.” However, the natural and the unnatural are fuzzy concepts that may lead to illogical and contemptuous discourse.

I remember one time discussing with a friend the merits and demerits of gay marriage. “Homosexuality is unnatural,” she asserted. “It’s a deviation. It doesn’t exist in nature and therefore should be banned. Animals aren’t homosexual!” At the time I was not aware of it, but some animals are homosexual. Distinctive homosexual activity has been well documented in several different species. When I reported this to my friend, her response was, “We’re not going to take our morals from animals!” This is where the discussion ended.

The point is the distinction between the natural and the unnatural is by no means sharp and clear. Yet we all make such a distinction (more often subconsciously than consciously) and base our attitudes and actions on it. Because it is so important to individuals and society, I believe the concept of “the natural” unquestionably deserves a place on the list of what I like to call “Extraordinary Ordinary Things,” and perhaps even at the head of the list.

How Natural Is Natural?

If you fear this blog will be a dusty treatise on the deeply complex history, psychology, sociology, and other arcane aspects of what constitutes “natural” and the “unnatural,” relax. These are interesting areas of exploration for well-versed experts, but not for us. Instead, we are going to consider language as an easily accessible (and often humorous) case in point.

By way of background, my native language is English, or American to be precise. I used to be fluent in Swahili, having spent two years in the 1960s as a volunteer teacher of mathematics, physics, and journalism in Tanzania. I am currently fluent in French with working knowledge of Dutch and Spanish, having lived in Brussels since 1974. I also have vague notions of several other languages.

Some years ago, a Belgian friend of mine—a teacher of Dutch, English, and French—and I set out to define the necessary characteristics of what someday might serve as an official world language. Our modus operandi was to determine which characteristics of a language are truly necessary and which are cultural complications that would make any candidate for the high office of official world language unnecessarily difficult to learn. In short, what is natural (indispensable) in a language and what isn’t?

Our deliberations were to be more than just theoretical. For each characteristic of language we deemed to be superfluous, we needed to cite the example of at least one actual language, living or dead (not artificial), that did not possess this characteristic. This was long before the internet, so we had to rely on the languages with which one or both of us were reasonably familiar.

A. As I was writing this sentence, I realized after having read it, the reader would have a perfect right to criticize its spelling.

B. As eye was righting this sentence, I realized after having red it, the reader would have a perfect write to criticize its spelling.

Sentence A is, of course, correct, while sentence B is full of errors. However, read the two of them aloud. You won’t be able to tell them apart because they will sound exactly the same.

We then looked at gendered nouns. All the languages with which we were familiar have gendered nouns, except English. For example, French nouns can be either masculine or feminine. Dutch nouns can be masculine, feminine, or neuter. Swahili, in fact, has four types of nouns. They are not identified by apparent references to physical. characteristics. They are simply called type 1, type 2, type 3, and type 4.

English used to have gendered nouns, but over time they gradually disappeared. You could say that all English nouns are neuter except for those that specifically refer to a male or a female.

As mentioned earlier, it is always amusing to point out to others something about their native language that they don’t know and can’t explain. I had great fun smugly doing this over many years until one day I got caught short.

“Okay,” he replied, “maybe we do count backwards. But at least we are consistent, unlike you Anglophones.”

Startled, I said, “What do you mean?”

Of course, he was right. Being a native English speaker, for me, it was only “natural’ to say thirteen, fourteen, fifteen, sixteen, etc. I had never noticed the inconsistency, and of course, had no explanation for it. I had been hoisted by my own petard.

But something I discovered sometime later made the whole experience even more delicious. If you are going to have such an inconsistency, it somehow seems logical to correct it at 20. Italian has the same inconsistency as English; however, this language corrects it at 17. In other words, Italians say one-ten, two-ten, three-ten, four-ten, five-ten, six-ten, but then ten-seven, ten-eight, ten-nine, and finally twenty.

When I pointed this out to an Italian friend of mine, he was flabbergasted. Of course, he had never noticed it and certainly had no explanation for it.

In case you are unaware of it, other languages count “backwards” like Dutch and do so consistently, German being the prime example.

Then there are languages that simply can’t seem to figure out how to count at all. Did you know that you can determine if someone speaks French French, Belgian French, or Swiss French by asking them to count to a hundred? From 1 to 69, there is no problem. It’s at 70 that the fun begins.

The French spoken in Belgian is more logical, but not entirely. Belgian French does indeed have distinct words for 70 and 90; however, for 80 they still say four-twenties.

The French spoken in Switzerland is completely logical, except for a small caveat. Swiss French does indeed have distinct words for 70, 80, and 90; however, there is a bit of a disagreement over whether ei80ghty should be rendered huitante (from huit which means eight) or octante (from octo which means eight in Latin).

Now, what about those pesky gendered nouns? No one has yet been able to explain to me why “table” in French is feminine (la table), but in German it is masculine (der Tisch). And the same for many other nouns that change gender from one language to another. Even worse, imagine my shock when I learned that “girl” is das Mädchen in German and het meisje in Dutch, both of which are neuter. You certainly wouldn’t know it to look at them! And for that matter, why do we need genders at all?

Perhaps the most egregious case of the “natural/unnatural” dichotomy I have ever encountered occurred when I was trying to recount an interesting characteristic of Swahili to a French-speaking friend (he also spoke Dutch and English).

“They can’t do that!” he retorted. “They can’t make plurals with a prefix!”

“Why not? It’s their language. They can do it any way they want.”

“But it is totally illogical. And I can prove it. Which is more important, what a word means or whether it is singular or plural?”

“Therefore, you should say the word first, then say whether it is singular or plural.”

“WE DON’T DO THAT IN FRENCH!” he thundered.

“Of course you do. And I can prove it. You say le livre (the book) and les livres (the books). So, you first announce whether the following word is singular (le is singular) or plural (les is plural), then you say what the word is.”

Then to playfully rub salt into the wound, I added, “According to you, English is infinitely more logical than French because it never announces the singular or plural nature of a word before first announcing the word itself. Likewise, English is more logical than Danish, Dutch, German, Italian, Portuguese, Spanish, and all other European languages with gendered nouns that have singular and plural forms of the definite article.

After which, I quickly changed the subject.

However, if your native language is English, don’t be smug. English also does weird things that as native speakers we never notice.

English speakers learning French, Spanish, and some other languages are often puzzled by their apparent inability to distinguish between male and female. For example, “This is his book” and “This is her book” in French are both “C’est son livre”. The possessive adjective son means both “his” and “her.” If it is absolutely necessary to distinguish between “his” book and “her” book, there is a way of doing so; however, it is employed only when it is absolutely necessary.

But isn’t it always absolutely necessary? It seems so unnatural not to specify whether the book’s owner is male or female. Isn’t this always fundamental information?

Having grown up speaking English, you probably have never noticed this inconsistency in the language. Neither had I. I simply knew that it was “natural” to distinguish between his and her book and “unnatural” not to until a Frenchman asked me why. I couldn’t tell him.

While trying to determine the fundamental characteristics of any potential world language, my friend and I developed what we called the “Facility Principle”: Whatever you don’t have to do is always easier than what you do have to do. It seems self-evident, but it isn’t.

One time I was talking with a Dutch-speaking friend. He agreed English is fundamentally simpler than his own language; nevertheless, he complained he just couldn’t get used to English’s simpler sentence structure. In certain instances, Dutch grammar requires the order of the words in the sentence to reverse; this never happens in English. Objectively, then, English sentence structure should be easier than Dutch. But to him, not reversing the word order just didn’t seem natural!

Incidentally, you may have noticed earlier with the example of the German and Dutch words for girl, das Mädchen is capitalized and het meisje is not. This is because all nouns in German are capitalized. This seems to go against common sense (at least English common sense), but to German speakers it is perfectly natural. Imagine the difficulty they must have when trying to decide if a noun takes a capital letter in English, French, Italian, Portuguese, Spanish, or virtually any other European language.

Unlike the other languages I know, French uses two words to express a negative. For example, “Je mange la banane” (I eat the banana), which in the negative becomes “Je ne mange pas la banane.” Other languages with which I am familiar negate with a single word, e.g. no in Spanish, non in Italian, nein in German, niet in Dutch. How unnatural. Except we do exactly the same thing in English. “I eat the banana. “I do not eat the banana.” Once again, hoisted by my own petard!

The list of “unnatural” oddities from one language to another can go on and on. The important thing to note is all languages try to do essentially the same thing: communicate. And who is to say what is natural or unnatural about how they do it?

In a future blog, I may explore some examples of aspects of our language that are so natural we don’t notice them, and yet when they are revealed we think they are unnatural. How weird can the “unnatural/natural” dichotomy get?

For that matter, who is to say that something is natural or unnatural in any other domain of human experience? Certainly, not me.