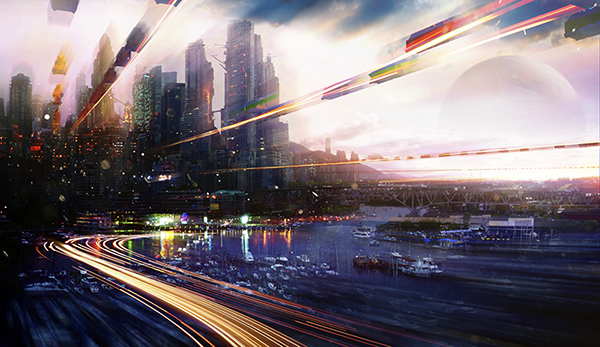 According to Randall Munroe, if you and one other human located on the opposite side of the globe were the last remaining humans on earth, it would take 3,000 years to find one another [1]. But if you copied the actions of an ant or termite, you would find each other in a few short years. Ants leave a pheromone trail everywhere they go, which organizes the anthill around optimal paths leading to food. Humans can use the same tactic. The two searching humans might each leave a trail of rocks, for example. Eventually one of you will stumble onto the trail and follow it to the other person.

The GPS traces left behind by runners and cyclists registered on Strava.com’s Global Heatmap look a lot like pheromone trails left behind by ants. In fact, city planners are using these GPS traces to improve mobility, space utilization, and minimize congestion. Viewed from space, GPS traces form networks not unlike networks of trails formed by wild animals. Can these “dumb” tools be used to make cities smarter? What exactly makes a city smart?

Stewart Brand claims cities are one of the best inventions of humankind, because they stimulate innovation and generate wealth [2]. Slum dwellers in third‐world countries are reinventing humanity at a faster pace than the industrialized West, according to Brand. He thinks the best hope for humanity is to accelerate the growth of these cities. Is he right?

On the one hand, human stigmergy seems too simple—not much more than ant behavior [3]. How does optimizing GPS traces, for example, improve the standard of living of city dwellers? On the other hand, organizing both ants and humans seems to make them smarter. Dense population centers produce more inventions per capita than country folks [4]. Apparently, “superscalar” cities are smarter than sub-scalar cities. In fact, superscalar growth is what makes cities smarter.

Luis Bettencourt analyzed the scalar properties of cities to determine what makes them successful or not [4]. Cities exhibit “spontaneous order and grow because they are efficient space-filing fractals,” according to Bettencourt. That is, growth obeys a power law of the form y = Nq, where q is fractal dimension, N is population, and y is a property of interest. When q < 1, growth is sub‐scalar; and when q > 1, growth is superscalar. Some sub-scalar properties observed by Bettencourt are land area consumed, rents, interactions per person, length of cables in electrical power and Internet infrastructure, number of gasoline stations, housing, and walking speed. Because q < 1, these properties exhibit diminishing returns—population increase does not lead to comparable increases in these sub-scalar properties—a generally good dynamic.

Superscalar growth is more interesting because it is sometimes good and sometimes bad. Bettencourt lists employment, creativity, wages, and faster growth of GDP/year as positive superscalar properties. Cities create more wealth, advance intellectual achievement, and promote higher living standards as population increases. This is the well-known law of increasing returns that explains the wealth and success of Silicon Valley.

But cities also produce superscalar growth in energy consumption, diseases such as AIDS, and serious crimes. In fact, superscalar growth in AIDS and serious crimes is rather steep: q = 1.23 and 1.16, respectively. This means doubling population N increases crime by a factor of 2.23—much more than twice as much. Moreover, superscalar growth often leads to bubbles that induce “boom and bust” economic cycles. Silicon Valley is an example: Wealth growth generally has a fractal dimension q >> 1, leading to a “paradox of enrichment,” which in turn ends with crashes in housing prices, traffic jam bubbles, and over-burdened social services [3]. Remember the dot-com bubble?

Bettencourt cites the un‐sustainability of superscalar growth along a number of dimensions and ranks cities according to their ability to sustain growth without precipitating boom and bust cycles. Smart cities are those capable of balancing super- and sub‐scalar growth. While this may be possible using technology, technology may also be the problem. For example, commuters using GPS to circumvent traffic jams in Los Angeles have begun to encroach on neighborhoods, spreading traffic congestion to previously quiet residential areas. Tracking GPS pheromone traces also threatens our privacy.

Making a city smart is more than providing cloud‐based apps for disseminating services, promoting ride sharing, routing traffic around congestion, and opening government to social networks. We need to understand the complex dynamics of super and sub‐scalar growth before jumping onto the “smart city” bandwagon. This will require citizens to understand the mathematics of super‐and sub‐scalar growth.