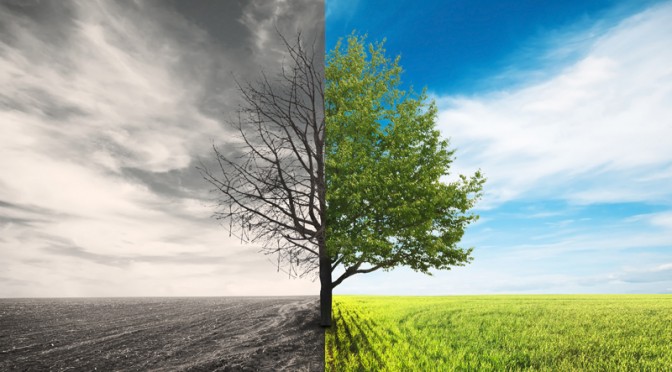 Digital technology changes fast, and organizations change slowly: First using the technology as an automated, digitized version of the old way of doing things, then gradually understanding that in order to achieve productivity and functional breakthroughs. We need to leave the old metaphors behind. For this to happen, we need new mindsets, unfettered by the old way of using the technology. I wonder if my generation has the capability to do it.

I sent my first email more than 30 years ago—September 1985, to be precise. The business school I work for was an early adopter of computers and had Internet connectivity (well, BITNET), email, and shared calendars (IBM PROFS) for all faculty and staff two months later. I was working in the IT department, eager to promote this new technology and see what we could do with it.

I still am eager, but not much else has changed. We still work the same way, more or less— teach students in classrooms (mostly), meet in meeting rooms (mostly), have exams on paper, and continue to send emails, which, of course are just electrified paper memos. The overhead projector has been replaced by PowerPoint and the paper syllabus by a web page, but the organization and processes of our business school—and any other business school or university I have been involved with—remains more or less identical to the pre-digital era.

I find this rather frustrating. We could do things so much better, faster, and easier if we just embraced the technology and designed the organization and its processes from the bottom up with the technology in mind. This will happen, someone will figure it out. But I am beginning to worry I eventually will retire to a situation that is pretty much business as usual, albeit with higher screen resolutions and fewer network glitches.

Why can’t we change?

History can provide a clue. In particular, I find David’s study [1] of the electrification of American industry towards the end of the 20th century particularly instructive. This “second industrial revolution” involved, as technical revolutions are wont to do, the emergence of a new general purpose technology—electricity—which dramatically changed how people lived, worked, and eventually, produced.

Before the electric motor, factories were powered by steam or water. The power source was outside of the building, and power was transferred to the machines by a system of line shafts and leather belts. This worked, but was extremely noisy, demanded reinforced buildings to withstand the stress (which is why factories built in the mid-1800s look like redbrick castles), and was very dangerous— workers could lose limbs if they came too close to a belt.

When the electric motor arrived, it was soon discovered that rather than having one large electric motor to drive the belts, you could have one motor for each loom, lathe, or other machine. This had many advantages: It was easier to turn the machine on and off or regulate the speed, noise was reduced, the workplace became safer, and factory buildings could be redesigned as light, large, and comparatively cheap shells.

This all helped, but the really dramatic impact on productivity came when someone started reconfiguring the factory: Lining up the machines according to the flow of materials, not according to where the line shafts had been before electrification.

And how long time passed from electrification to reconfiguration?

Forty years, is the answer.

To get results from new technology, you need to not only implement the technology, but also change the organization and processes around it, as Leavitt [2] wrote in 1965. This takes time, because processes, incentive systems, and, most importantly, norms for what is the “right” way to do things are based on the old technology and take time to evolve. No wonder it is new organizations, unshackled by the habits of old, that often change industries, through disruption or simply by being better, faster, cheaper.

Human nature is slow, technology evolution is fast. New technology is always first applied as a replacement for the old. We have “CC:” as an email field though nobody has used carbon paper for decades. We have replaced cables with cell phones and Wi-Fi, but still go to the office (though less than before.) Some of us work more from home, and can work virtually across the globe. But almost everything we do is measured in terms of traditional activities. Teaching, for instance, is measured by hours spent in the classroom, which does not do much for innovation.

But give it another 10 years, and perhaps things will change. I am beginning to be rather impatient. My (grown) children think email is old-fashioned and formalistic. My students are comfortable writing in shared formats and don’t blink when I meet them in my Double (a videoconferencing application mounted on a Segway-like remote-controlled and balancing wheels.)

I recently used the Double at a family gathering at home. The reaction when I introduced it was quite telling: The adults found it interesting and immediately started talking about the difficulties of using the technology, how it could be alienating, imagine if we did not go to work anymore and all interaction happened through movable videoconferencing, etc., etc. When my nephew borrowed it and drove up to say hello to his 8-year old daughter, engrossed in her iPhone, she looked up, smiled at the screen, said “Hi, dad”, and continued with what she was doing, utterly lacking in existential concerns.

The future of work is probably not in remote controlled video conferencing robots (for one thing, they have issues with stairs and elevators). But the need to really rethink how we organize what we do, and not lock ourselves into traditional ways of thinking.

Here is another example: Using digital technology, a number of smaller airports around the world are getting remote air control towers. Avinor, the Norwegian airport authority, will soon install remote towers in 15 smaller airports. The interface is very close to a traditional air control tower, with the air traffic controller looking at a large wall of screens overlooking the remote airport.

This is good use of technology, but it is still a continuation of a traditional metaphor, i.e., the tower itself. Air control towers were created because the air traffic controller needed to see the whole airport. With remote cameras, ground radar, and various kinds of sensors, do you really need to see the whole airport? I suspect the continuation of the air control tower metaphor has less to do with the technology and more to do with what the air traffic controller is used to. The remote tower becomes a transitional mechanism, necessary to bridge the old and the new. Future air traffic controllers, starting out with the remote tower metaphor, might rely less on the screens (which don’t work in fog, for instance) and to a larger degree rely on other instrumentation—perhaps, in the end, not needing the full airport view at all.

Full use of new technology requires mindsets somewhat unpolluted by the old way of doing things. For our current companies, I wonder if the current generation of managers will ever have the capacity to do it. I suspect for something to happen, the generation currently managing organizations and companies will have to die off—sorry, I mean, retire—and make way for those who can’t do handwriting but are glued to their smartphones. The only problem is that the current generation is my generation – and I have a sneaking feeling that it is not age, but attitude, that is the problem.

Or just human nature. Now, where did I leave my fountain pen again?